“There is no such thing as a clean or dispassionate read and what you think of a text is likely to be as much a product of your bullshit as it is of the inherent qualities of the text itself.“

Reading the work of freelance critic Jonathan McCalmont is a bit like playing Russian roulette. Most of the time his writing taunts me to think more deeply about the art I enjoy but sometimes a bullet will emerge from his word gun and make me feel miserable for enjoying something like, say, A Trip to Italy.

I could reel off a long list of my favourite McCalmont essays but, instead, I present to you a recent piece titled “The Organization Geek“, cross posted from his blog Ruthless Culture. 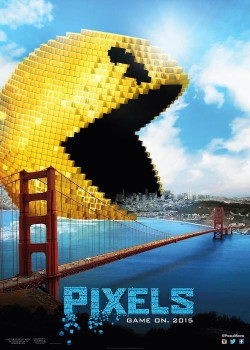 I sometimes think that my generation got the wrong end of the stick when it came to the question of conformity. My first encounter with conformity as a theoretical concept came in my early teens when some pre-cursor to GCSE psychology mentioned Solomon Asch’s conformity experiments in which a subject was confronted with a room full of people giving the wrong answer to a simple perception test. Supposedly overwhelmed by peer pressure, over a third of Asch’s subjects chose to follow the group and give the wrong answer.

I say “supposedly” as while a lot has since been written about Asch’s experiments, most of it has been reductive, simplistic and wrong. The problem lies not in the work itself but rather in the tendency to package it up with Stanley Milgram’s experiments on obedience and Philip Zimbardo’s Stanford Prison Experiment as part of a broad cultural narrative about the hazards of conformity.

By the time I was first encountering experimental psychology in the early 1990s, conformity was being presented as a Bad, Bad Thing that caused you to speak untruths, torture people to death and generally behave like a German prison camp guard. Indeed, a lot of the research into obedience and conformity that took place in the middle decades of the 20th Century is best understood as trying to understand the rise of Nazi Germany and thereby prevent it from ever happening again. The work of Asch, Milgram and Zimbardo may have been lousy and misunderstood science but it was great propaganda as it sold us a vision of humanity as a species wired for obedience and moral cowardice. 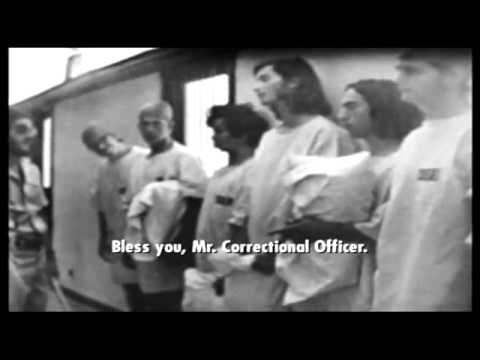 Despite the best intentions of researchers, cultural theorists and textbook writers, associating conformity and obedience with Nazism did not make us any less likely to conform or obey, it simply encouraged a period of cultural rebranding in which the human urge to trust authority and defer to group judgement was given different names and spoken of in different terms. These days, nobody wants to conform and obey like a German prison camp guard but everyone wants to experience togetherness and find a place where they really belong. The individualistic rhetoric of the 1960s and the postmodern rhetoric that followed may have convinced us that our culture had changed but the reality of the situation is that today’s Western culture is just as intolerant, oppressive and monolithic as it ever was.

Back in 1956, an American journalist named William H. Whyte began a series of interviews with the chief executives of major American corporations. Cloaked in anonymity, these captains of industry spoke candidly about their fear of making the wrong decisions and costing their companies millions of dollars. What emerged from these interviews were not the rugged individualism and entrepreneurial spirit of American myth but a culture of risk-aversion resting upon a social ethic that encouraged conformity and punished individual acts of self-expression:

It is important to note that Whyte was no long-haired anti-capitalist, he was someone who believed not just in capitalism but in the particular brand of corporate capitalism that had emerged in America after the Second World War:

This book is not a plea for nonconformity. Such pleas have an occasional therapeutic value, but as an abstraction, nonconformity is an empty goal, and rebellion against prevailing opinion merely because it is prevailing should no more be praised than acquiescence to it. Indeed, it is often a mask for cowardice, and few are more pathetic than those who flaunt outer differences to expiate their inner surrender. …there will be no strictures in this book against “Mass Man”… nor will there be any strictures against ranch wagons, or television sets, or gray flannel suits… the man who drives a Buick Special and lives in a ranch-type house just like hundreds of other ranch-type houses can assert himself as effectively and courageously against his particular society as the bohemian against his particular society…the fault is not in organization, in short; it is in our worship of it.

Nevertheless, Whyte’s analysis of 1950s American capitalism was published under the title The Organization Man and that drone in the grey flannel suit who drives his Buick Special back to the little box in the suburbs with the blonde wife and 2.4 kids remains a powerful image of what can happen when society replaces the pursuit of freedom and self-expression with a desire for belonging, togetherness and conflict-free uniformity.

Contemporary audiences will naturally associate this image of 1950s American conformity with Matthew Weiner’s TV series Mad Men. Long on evocative imagery and short on thematic precision, Mad Men can be read a number of different ways but it seems to chart a man’s repeated attempts to find the good life through various acts of doomed, pointless and uninspired rebellion. When society tells Don Draper to know his place, he steals another man’s identity. When society tells Don Draper to marry a Blonde and buy a house in the suburbs, he lusts after city-dwelling Brunettes. Every time Draper does something transgressive, society instantly leap-frogs over him and transpires to make him look like a reactionary dinosaur. Every time Draper takes a risk and breaks with the norm, he is found out and forgiven while those less privileged than he wind up being crucified for much lesser crimes. Mad Men is not just about the hollow and self-destructive lives of Organization Men, it is also about the changing face of society and how the suburban conformism of the 1950s evolved into a re-branded urban conformism of the 1970s.

Had William H. Whyte been born into this generation rather than that of the 1950s, he might well have chosen to write a book entitled The Organization Geek, a study of people who present themselves as individualistic free-spirits despite their adherence to a culture no less intolerant, oppressive and monolithic than that of their parents or their parents’ parents. Images from this year’s Comic-Con bear witness not only to the torrent of ghastliness that is contemporary corporate culture but also to the willingness of people to get excited about films and TV series that look and sound almost identical to those that have already been released, consumed and righteously forgotten.

The worrying thing about contemporary popular culture is not that people seem to have got themselves addicted to toxic cultural sludge (The MCU is the opiate of the masses and Capital knows that addicts make good citizens) but that it is almost impossible to stay out of its way, even when you live in the woods with a terrible internet connection. Geek culture not only expands to fill all cultural niches, it also subsumes all available voices meaning that the internet is now full of smart and politically engaged young writers who spend all of their time enthusing about idiotic, right-wing culture created by multinational corporations that hate and exploit them.

Back in the 1960s, the French theorist and activist Guy Debord wrote about how human life had become degraded by capitalism. According to Debord, capitalism replaces authentic human relations with an experience mediated through images and objects. This inverted social world is known as the spectacle:

The spectacle is the moment when the commodity has attained the total occupation of social life. Not only is the relation to the commodity visible but it is all one sees: the world one sees is its world.

It is becoming increasingly difficult to see beyond the spectacle that geek culture has become and that ubiquity is as much a reflection of the power of contemporary advertising as it is a commentary upon our own diminished imaginations. We respond to corporate fictions in the same way as we respond to religious texts and when we aren’t searching for meaning in worlds designed by committee, we’re using film and TV characters to explore our own beliefs, emotions and sexualities. Little wonder that when authors like Ernest Cline and Michael Underwood are called upon to invoke the alien or the fantastical, they do so through explicit references to the imperial myths of an all-devouring and all-debasing geek culture. 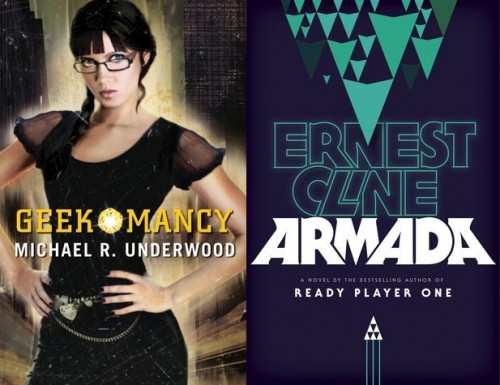 Despite being inspired by the same cultural milieu as that inhabited by Whyte’s Organization Man, Debord’s The Society of the Spectacle is almost a perfect description of our current social moment and the way that people find themselves sucked into geek culture purely in order to maintain connections with friends and communities. We call this ‘being a part of a community’ and ‘joining the conversation’ but such terminology is really little more than cotton wool draped ineffectually across the steel and concrete of words like Obey and Conform.

We are fooling ourselves if we believe that our culture is any less intolerant, oppressive and monolithic than that of previous generations. We are drawn to the idea of lives filled with freedom and agency but few are those who can tolerate — let alone thrive in – the bone-chilling cold of cultural isolation. The question is not whether you have the agency to change the subject but whether you can endure the bone-chilling cold of the isolation that inevitably follows.

4 thoughts on “The Organization Geek” 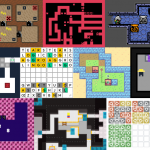