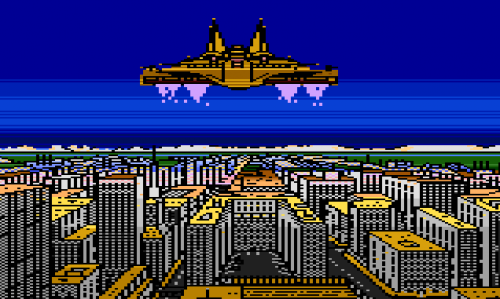 I can’t be sure how I feel about the apparently tragic, meaningless death of Brian Sachs. But I can tell you one thing: Kent killed the wrong man.

Second Person Shooter’s Kent Sutherland fired off a group e-mail inviting a bunch of us to join a new game he’d devised called BLOODSPORT. IN CAPITALS. It wasn’t a computer game, more a PBEM RPG with Kent as Game Master.

Now, after recovering from three difficult months of Where We Came From, I was heading into a new shitstorm of activity. The Eurogamer Expo was coming up. Plus there was a children’s birthday party during the same weekend – which is about as distant from being relaxed as you can get. And I had already committed the following week’s evenings to editing both a video and a podcast for the Expo. I was running a pretty tight ship.

After some intense debate between the left and right hemispheres of my brain, I threw my hat into the ring because I like Kent. I just couldn’t say no to those puppy-dog eyes. I’ve never seen his eyes in real-life, but that’s how I picture him. But I warned Kent I would have little time for the game – no-one would see  “The Aspiration” this time around – and I would only be able to e-mail once every evening. Kent assured me it wouldn’t need much time to play. Funny… I could have sworn he’d said exactly the same thing to me a year earlier before Neptune’s Pride.

During the post-mortem for Brian Sachs, Kent wondered if he had misled people.

No, he was just a little optimistic is all.

They Tell Me To Go On

In BLOODSPORT IN CAPITALS each player was someone abducted from Earth and forced to fight gladiatorial combat for the pleasure of their alien captors.

It evoked a game from the 80s (what, them again?) called Alternate Reality whose plot starts with an alien abduction and, with no explanation, the aliens cast the player into a fantasy world of magic, dragons and swordplay. There’s a song in one of the game’s pubs which portrays two lovers hoping to reunite, one obviously taken away in exactly the same manner as the player. The song is perhaps your first inkling that these abductions have been going on for some time. But I digress.

If the song below sounds familiar, it’s because it kicked off the third act of Eulogy For An Atari Childhood:

Back to BLOODSPORT IN CAPITALS. We were asked for character details – a name and a catchphrase. I thought about the reality of being abducted in this way; the abductee would be desperate to return home and not surrender to this frightening situation willingly. And so Brian Sachs was born with the catchphrase “I want to go home”. He didn’t want to fight anybody, he wanted to return to his family – just like in the song.

I even thought if Brian did manage to make it to the end of the game, he would subvert it somehow, refuse to fight for the pleasure of the aliens. He’d opt for something heroic or noble. Maybe he’d start out desperate and panicked but, gradually, turn that desire to return home into an obsession that would drive him on and keep him alive.

That is, of course, if Kent would let me do that.

But the alarm bells, boy, did they start a-ringing. Kent sent out the instructions.  Over several e-mails. More like a manual, really. I was hoping it’d be easier on my time; this was not what I wanted to see whilst pooling together bits of podcast.

When the game started properly, my fears were confirmed. The game promoted collaboration amongst the players and expected online discussions to take place. It also expected each player to conduct a single “activity” every day which involved sending one mail to declare your intention and another to make a decision within the context of that activity.

For my first activity, I sent a mail to Kent saying I would go see “the doctor”. But due to the time zone issues and my small e-mail window, I only saw the follow-up decision mail from Kent after the game day was over. And I realised I’d never be able to complete an activity.

At the same time, discussion threads were erupting and multiplying on Gmail. I did my best to respond but… it was impossible. I wasn’t playing the game; I was merely trying to avoid letting the other players down as success depended on working together as a team.

I sent a mail to Kent explaining that I couldn’t keep this up. And thought that was that.

I Ask Them For How Long

Kent sent this mail to everybody:

Brian Sachs was sleeping in his bunk. That’s all he’d been doing for the past few days. Everyone else was traipsing around this god-forsaken cave like idiots. Shit, he didn’t want to be here. He’d said it from the first day: he wants to go home. He approached an alien guard and asked him to spear him in the stomach.

Brian Sachs has been killed. He will no longer be playing with us.

It was nice that Kent went to all the trouble of writing Brian Sachs an exit scene but, considering I knew who Brian was supposed to be, it was kinda sad. Kent told everybody that Brian had given up. It struck me as a bad case of the unreliable narrator for me; I had given up not Brian. Brian, this revolutionary in the making, this man who wanted to go home to his family… had asked for a spear in his gut? What?

Now I didn’t pound the carpet wondering what all this meant, I just got on and finished my podcast then set about writing a post about Nicolau Chaud’s sex game troubles. No time to stop and think! Things to do, places to be, people to see!

But, as explained over on Second Person Shooter, Kent decided to act following Brian’s ignoble death. As he was running an intensive game where almost everyone was guaranteed to die, Kent offered an escape route to the remaining players. If they couldn’t keep up with the game, they could choose to “join the revolution” which offered a dignified, early exit for their character.

But only one person took up the offer and Kent’s message detailing what had happened is blackly comic:

“The time is now, ladies and gentlemen,” screams Derrick, a crazy look in his eyes. “Who’s with me?? Viva la revolution!” He draws a beautiful diamond sword and raises it above his head.

“I’m with you!” shouts Roly Poly, and then the room is heavy with silence.

“No one else? Only one will join the revolution?” No response. “Ah, to hell with all of you. We’re dead either way. Come Roly, we have guards to slay!” Roly Poly and Derrick charge off into the black of the cave and they are never seen again.

The reason why Kent couldn’t give Brian Sachs an appropriate role-play ending, unlike the hard-fought, pitch-perfect coda I’d earned for The Aspiration, is that he didn’t know Brian.

During the game, I wrote just three e-mails as Brian and none of them were sent to Kent. All he had to go on was the catchphrase, and wrote Brian’s final moments based around these five words: “I want to go home.” He couldn’t possibly know who Brian Sachs was, because I never gave Kent a chance to see him.

This can only mean one thing. It wasn’t my Brian Sachs. Kent killed the wrong man.

So Brian is still out there, probably hiding in some god-forsaken cave, surviving off scraps of bloodmoss and the odd stonewyrm that wanders into his lair. And he’s trying to work out how he can get home to his family.

The Battle of Rauk’s Drift, Pt 2 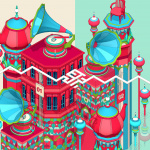 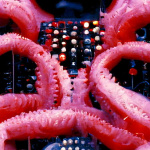 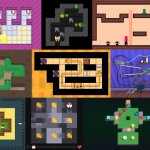 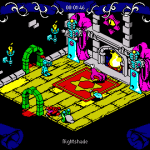 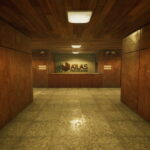